Björn Wirtz (b. 1979) is best known for his impressionistic plein air oil paintings that capture the essential truths of the places he explores and show his deep connection with his surroundings.

His enthusiasm for nature was already evident in his childhood in the Cologne area, where, in addition to forests and meadows, he spent a lot of time in his grandparents’ extensive garden. In addition, the holidays he often spent with his parents in the Alps laid the foundation for his love for the mountains.

While studying visual communication at the Krefeld University of Applied Sciences, he focused on digital illustration and received his diploma (Master‘s equivalent) in 2005.

After working as a freelance illustrator, he was employed as an artist and art director in 2007 in Volkach. During many years working in this field, he strengthened his skills in terms of color, mood and composition, mostly painting digitally. Since the end of 2013, he started to concentrate more on traditional painting.

He first started to work in watercolour, sketching everywhere his travels took him. Soon after in the fall of 2014 he already won first prize at Watercolour Meeting plein air competition in Würzburg, Germany. The following year he studied oil painting with Patrick Devonas, a master of classical painting, in Switzerland. In the same year he received his first international recognition by winning the Boldbrush Outstanding Watercolor Award.

A short time after he took part in his first international exhibition as part of the California Plein Air Painters International Salon (USA), in which he received an Award of Merit. This award was followed by many other awards in the years to come, including at the renowned Art Renewal Center Salon.

Since 2017 he has mostly been pursuing his career as a fine art painter. Björn Wirtz continued studying nature in the following years, primarily capturing the scenes in his immediate surroundings. In addition, extensive travels led him to a multitude of experiences and motifs of various kinds. From palaces in Russia to coasts in Portugal, alleys in Morocco, remote valleys in the Himalayas and the Tuscan plains. 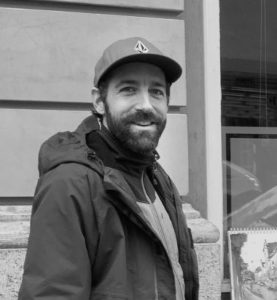 „Nature has always played a big part in my life and I feel a deep connection when surrounded by her.

In these moments, inspiration by light shape or colour comes easily and my desire to portray this grace is always strong. My paintings are supposed to capture the essence of the reason that initially inspired me to paint while being an honest representation that goes beyond a mere literal copy of what is in front of me.

This means omitting unnecessary details, thus creating a simplified statement of this moment in time, leaving room for the viewer to make their own interpretations when viewing the painting and hopefully raising their awareness to see and preserve nature’s beauty.“